My Life as an AnaOno Ambassador

In 2014 I was diagnosed with breast cancer at 34 years old. Lots of things happen that I would never have expected, like finding a bra for my newly reconstructed chest was such a pain in the ass and chest.

Your bra options after a mastectomy are really limited. Most doctors tell you don’t wear anything, if you do, nothing with an underwire or you can just wear sports bras. Oh Lovely!

That’s like giving a beauty Queen a baseball cap and tell her it’s just as good as a crown.

Luckily AnaOno is trying to change all that.

How did I meet Dana?

One of the things your oncologist tells you to do, ok demands, is you join a support group. At first i was hesitant this is what family was for right? I didn’t need support. I WAS SO WRONG! No one understood what was going on in my head. Sol I eventually I came to my senses and went to a YSC ( Young Survivors Coalition) dinner.

It was only a few weeks before my mastectomy and I was so happy i went. It was much better to talk to someone first hand that has actually gone through what you are about to then read about it online, or hear a 2nd hand horror story about someone great aunt who has lose their mind and loves to pelt loved ones with her prosthesis.

I Met a ton of cool ladies with YSC. We all pushed each other when we needed encouragement. Dana posted a call in the YSC Facebook page that she needed a few survivors for a show in North Carolina. I was going to be down there to meet with one of my clients and figured why not? That opportunity never panned out. I told Dana keep me in mind for modeling and any design work she may need. She didn’t expect my twisted sense of humor!

Lingerie Model After A Double Mastectomy

Finally the call came! Honestly when Dana Kasse Donofree asked me to be a part of her campaign I was a bit overwhelmed. One with excitement and 2 with holly crap, talk about silver linings. The last thing I ever thought when I drifting off into a drug induced sleep for my double mastectomy, was “When all this is over i’m going to be a lingerie model.”

When I spoke with her about the shoot and what to expect I asked her where it would be located. Dana said they were still scouting for a perfect spot. I just happen to have the perfect place. A  CEO that I had worked for in the past had just posted his families farm estate listed for sale in South Jersey. Perfect timing, because it was all perfect for a lingerie shoot.

The day of the shoot was so much fun. I borrowed my husbands Star Wars Chewbacca Robe for the shoot. We had hair and make up done. Dana painted my nails, i had forgotten to do it beforehand. #chemobrain There was a great spread of food I was a little too nervous to eat.

I was given a Sandi Bra as part of my look. Up till then I just didn’t wear a bra. Thanks to my surgeries they either hurt or didn’t fit right or stay in place.  I really didn’t need one after reconstruction when i was able to i just didn’t wear one.  But this made me self conscious. I was missing that extra layer of protection, it was not normal to me to not have that layer.

This was actually the first time I ever tried on an Anaono Bra; and for the first time I didn’t feel broken. I was wearing something pretty and comfortable. It was like a rare unicorn of undergarments.

It’s silly to think that something made with less then a yard of fabric can give you that sense of normalcy and confidence back. But it really did, any nerves I had about being photographed in my underwear vanished.

I work from home as a Freelance Graphic designer so i have a pretty flexible schedule. Which has worked ot when i have doctor appointments or Dana calls. She needed someone for shoot with fedex. I made sure the kids were taken care of after school and ran up to Philly for the shoot in her studio. The crew from fedex was super nice. and thanked me multiple times for being able to make it at the last min. This time i keep my clothes on, but Dana painted my nails again.  I was interviewed by the fed ex crew as well and shot B roll of us messing around with fabric and lingerie. The crew were funny they were not accustomed to saying panties so much and just started making odd bird like noises in the place of Bra or Pantie.

We were invited to meet with Sexologist Dr. Timaree Schmit to speak on her Podcast.

A diagnosis of breast cancer means many things. While almost all facets of life can be affected by breast cancer, sexuality is the one that doctors are least comfortable discussing with patients. It’s often only through the sisterhood of those who have experienced the reality that many women are able to find information, advice and support.

Allison Hinch and Dana Donofree are such sisters in survival, now taking what they’ve learned forward to help other women. They talk about their breasts, reconstruction surgery, sexuality and Dana’s line of lingerie that has women like them in mind.

This was going to be the first pop up shop that I had ever been apart of as well as Aanono’s first Pop up shop. I got to see how everything was set up which was normally done in conventions for things like Living Beyond Breast Cancer which was going on in Philadelphia that week. There was a great turn out  inside The Philly based boho-chic fashion boutique Steel Pony. There was food wine and lots of trying on of clothes. I was able to pick up a amazing necklace and earrings. I had no guilt on such a splurge because , a portion of sales from the event were donated to our nonprofit partner Living Beyond Breast Cancer.

Once again AnaOno was heading right where I had clients. So i used the opportunity to go on a road trip with Dana to The Astro convention. This Convention is  for Radiation oncologist and Radiation techs. This was the first Medical conference for Anaono, and for me to lol!

The Drive up was a glamorous dinner of taco bell and avoid vehicle fires thanks to me being a horrible navigator and us missing 3 turns. I would blame chemo brain but i was just to focused on my tacos. We made it just in time to set up for the next days events. We talked about how we were not sure what to expect since were were so different then the booths all around us.

We meet so many people during the convention. It was amazing to hear the Radiation Techs tell us how they had nothing to recommend to their patients during treatment. They were all so excited for The Make Merry Collection to launch. We had a few tears and lots of hugs. The response was amazing and I was so happy to be apart of it.

I got this request from ana a few days before the world of pink event. I felt silly suggesting a song from a former Disney star but it was the right one. I sent her a link and waited for a reply. When we got to the location for rehearsal Dana was talking to the DJ and asks me what was the song I picked? I told the DJ and In my head i was thinking oh i hope she listened to it. I hope this is right!

The night was amazing. There were 500 people in attendance and i was gonna walk in front of them in a tu-tu and panties. In my head i’m still hoping that song was right. We had our hair and make-up done. We all looked like Rock stars.

We were the finale. The 3 of us waited in the wings. I heard the rumble of the base from “Demi Lovato – Confident”  It was our turn. The song came on and it was perfect, I was the first one out there and once again the nerves vanished. I felt confident In front of 500 people in just my lingerie and a Tu-tu.

When we got to see the images it was a WOW moment. All the women at the shoot looked amazing. Like Dana will tell you we are all “Real Women” [ Insert Eye Roll] Lets go with Authentic women, Since AnaOno’s first shoot in 2013.

Excerpt from Anaono Blog  We are REAL. We are WOMEN.

All of the women were affected by breast cancer.

I have often been asked if I use real women on the AnaOno website. I have to take a pause to keep myself from snapping “As opposed to fake women?”

The women you’ve seen have had two breasts, one breast, no breasts and new breasts. They’ve taken time out of their lives as mothers, bartenders, teachers, accountants, medical billers, lawyers, receptionists, flight attendants and the like to spend a day with us, getting their hair and makeup done, and wearing our products. All so that any one of you around the globe can see our bras on someone we hope looks like you.

The best part is none of us were touched up, with the exception removing something simple like a blemish or bruise. It feels great for me to say “Yeah thats me.”

I honestly couldn’t be happier with how this all turned out. I would encourage anyone to try these bras Even if you haven’t been affected by breast cancer. They are so comfortable I fall asleep in mine all the time.

If you are having a hard time knowing where to donate in the Breast cancer pink-wash of October, AnaOno gives portions of certain products to some worth while causes.

Take a look at what we created 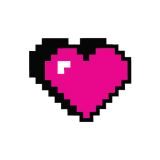